Jack McMahon is the most high profile, skilled and experienced trial lawyer in the area. Out of law school Mr. McMahon went into the Philadelphia District Attorney’s office. Mr. McMahon spent 12 years in the Trial Division with the last 8 years in the prestigious Homicide Unit prosecuting many high publicity murders, including major gang murders and police killers.
Mr. McMahon went into private practice in 1990 and has been specializing in criminal defense trial work for 25 years. Mr. McMahon has tried state jury trials in Philadelphia, Bucks, Montgomery, Chester, Delaware, Lehigh, Berks, Northampton counties. In federal court Mr. McMahon has tried juries in Philadelphia, Newark, Camden, Miami, Baltimore, New York and Santa Fe.
Appellate work has included arguments in both the superior Court and Supreme Court of Pennsylvania and Federal work in third Circuit and First Circuit.
Mr. McMahon has been involved in every type of state criminal case- Murder, robbery, rape, drugs, fraud.  In federal court he has been involved in every type of case - RICCO cases, insurance fraud, mail fraud, investment fraud, criminal civil rights, drugs.
Mr. McMahon is a member of PACDL and NACDL and has been a frequent CLE lecturer on areas such as the death penalty, cross examination and trial tactics.
He has appeared on local and national T.V. Programs regarding his own cases and as a legal analyst on other cases and issues.
Mr. McMahon’s clients have included almost every type of person imaginable; including numerous law enforcement officers, or ganged crime figures, politicians, executives, doctors and the like.
If there is a high profile case in this area or difficult complex case then there is a good chance you will see Mr. McMahon involved. It is this wide ranging experience and skill that makes Mr. McMahon quite possibly the “best” criminal defense lawyer in this area.

Who is Jack McMahon

“No truly good lawyer can promise a result, but he can promise that when your case is tried and concluded you will be completely satisfied that you had the most aggressive, skilled defense possible. A good lawyer has skill. A good lawyer works hard and prepares. A great lawyer does both.”  - Jack McMahon, Esquire 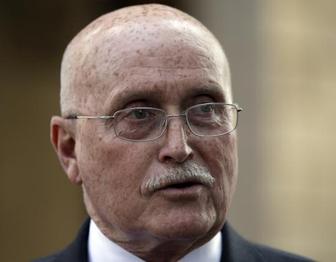